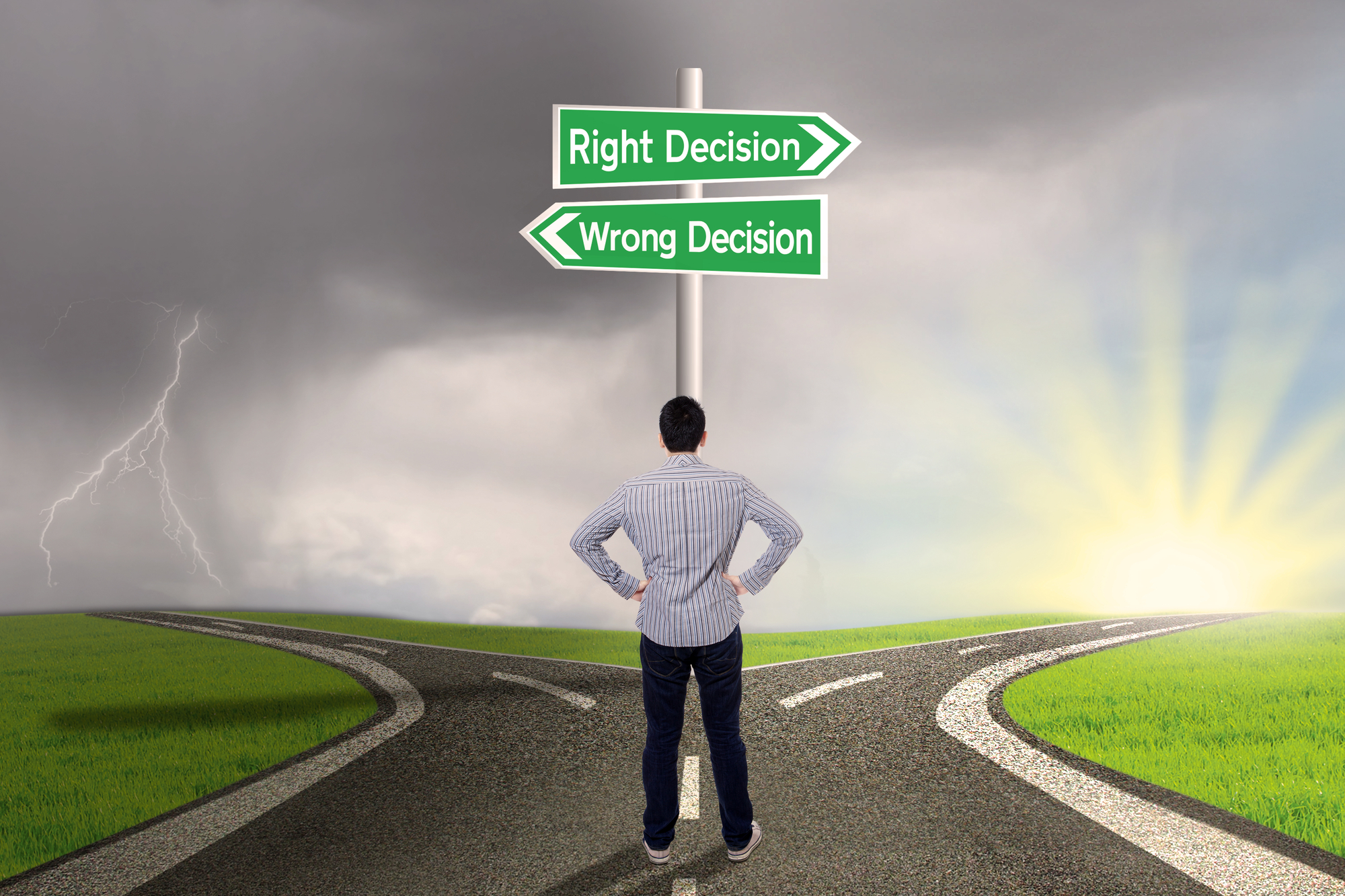 When I was 34 years old I made a bad decision that, at the time, I didn’t think was so bad. I want to tell you about that decision for two main reasons. First of all, many Christians, maybe even you, have made this same bad decision and might not be aware of it. Secondly, I want to show you how you can reverse the consequences of that decision so that you can live a more fulfilling life of peace, hope, and joy.

Before I became a pastor at age 40, I spent most of my early adult years as a farmer on the family farm where I grew up. My grandfather farmed, my dad farmed, I was farming, and I wanted my two boys to farm. I loved farming and that’s what I wanted to do for the rest of my life. It was my plan. But the romance of farm life quickly became overshadowed by the realities of low commodity prices, high input prices, and disruptive weather events that made life for me as a young farmer very challenging, to say the least.

One day in late September, I was in my John Deere tractor plowing a field and was mulling over and over in my mind how difficult the past few years had been, and it seemed to be getting worse. In my frustration, I cried out to God and said, “God, it doesn’t seem like You even want me to farm!”

Immediately, I heard the unmistakable voice of God say, “I don’t.”

Although I didn’t hear His voice audibly, I heard it loud and clear in my heart. I was shocked. You see, I had been a church-goer all my life, and at age ten I accepted Jesus as my Savior. As a young adult in my 20’s and 30’s, I went to church every Sunday, gave my tithes, and even served in music ministry. Because I was so “faithful” to God, I assumed it was His duty to be faithful to me by blessing my farming operation. Didn’t God understand that the more He blessed my farm, the more I could tithe?

The day that God told me that He didn’t want me to farm was the day I quit listening to Him. I wanted His salvation, but I wanted my plans for my life more than I wanted His plans. I now know that I wasn’t alone, because after many years as a pastor, I’ve seen that many people follow Jesus for what they want, not necessarily for what He wants.

This is nothing new. Two-thousand years ago Jesus rode into Jerusalem and was hailed as a King and recognized as the promised Messiah because the people expected Him to free them from the tyranny of Rome. That’s what they really wanted. But what Jesus wanted was to set them free from the tyranny of sin and death. Because their desire to be free from Rome was so great, most of them missed what Jesus came to do; to set them free from sin and death. They acknowledged Jesus as King, but were disappointed when His Kingdom didn’t match their desires.

Today most of us pray “Your will be done” with our mouth, but our heart oftentimes prays “My will be done”. We want Jesus to bless our kingdom rather than us blessing His Kingdom. And when we discover that His plans aren’t the same as ours, we tend to tune Him out. That’s exactly what I did. Sure, I still wanted Him to punch my ticket to heaven, but I didn’t want to listen to Him if His plans didn’t match up with mine. One of the worst decisions I’ve ever made was to quench the voice of the Holy Spirit because I didn’t like what He was saying.

How about you? Has the Holy Spirit been telling you something that you don’t like hearing? If so, you only have two choices; to do what He says or to tune Him out. The problem with tuning Him out is that you miss out on much of His supernatural power for your life.

That’s exactly what happened to me. Although I was saved and going to heaven, I missed out on the supernatural power of the Holy Spirit working in me and through me. How do I know I missed out on it? Because four years after I made the decision to quit listening to God, I reversed my decision and pressed into the Holy Spirit like never before. Almost overnight my life exploded with the power of God working in me and through me. Not only was I listening to the Holy Spirit, I was actually doing what He said. Instead of focusing on the  kingdom of Mike, I began to focus on the Kingdom of God. That doesn’t mean that everyday is easy, but it does mean that everyday I can life a meaningful life full of peace, hope, and joy.

Maybe you’re just now realizing that you’ve quenched the voice of God because you didn’t like what He was saying. Or maybe you know that you’ve been doing this for a long time. Either way, you can reverse your decision and start seeing positive changes in your life almost overnight. It happened for me and it can happen for you. Here’s how:

1. Make a decision right now to listen to the Holy Spirit, whether or not you like what He says. Whatever He says is the best for your well-being.

2. Make a decision right now to actually do what He says. It’s not enough just to hear Him, you have to put His words into action for positive changes to come into your life.

3. Make a decision today to change your perspective and start viewing life through the lens of God’s Kingdom instead of your kingdom.

These decisions aren’t easy, but they’re good. And life-changing.