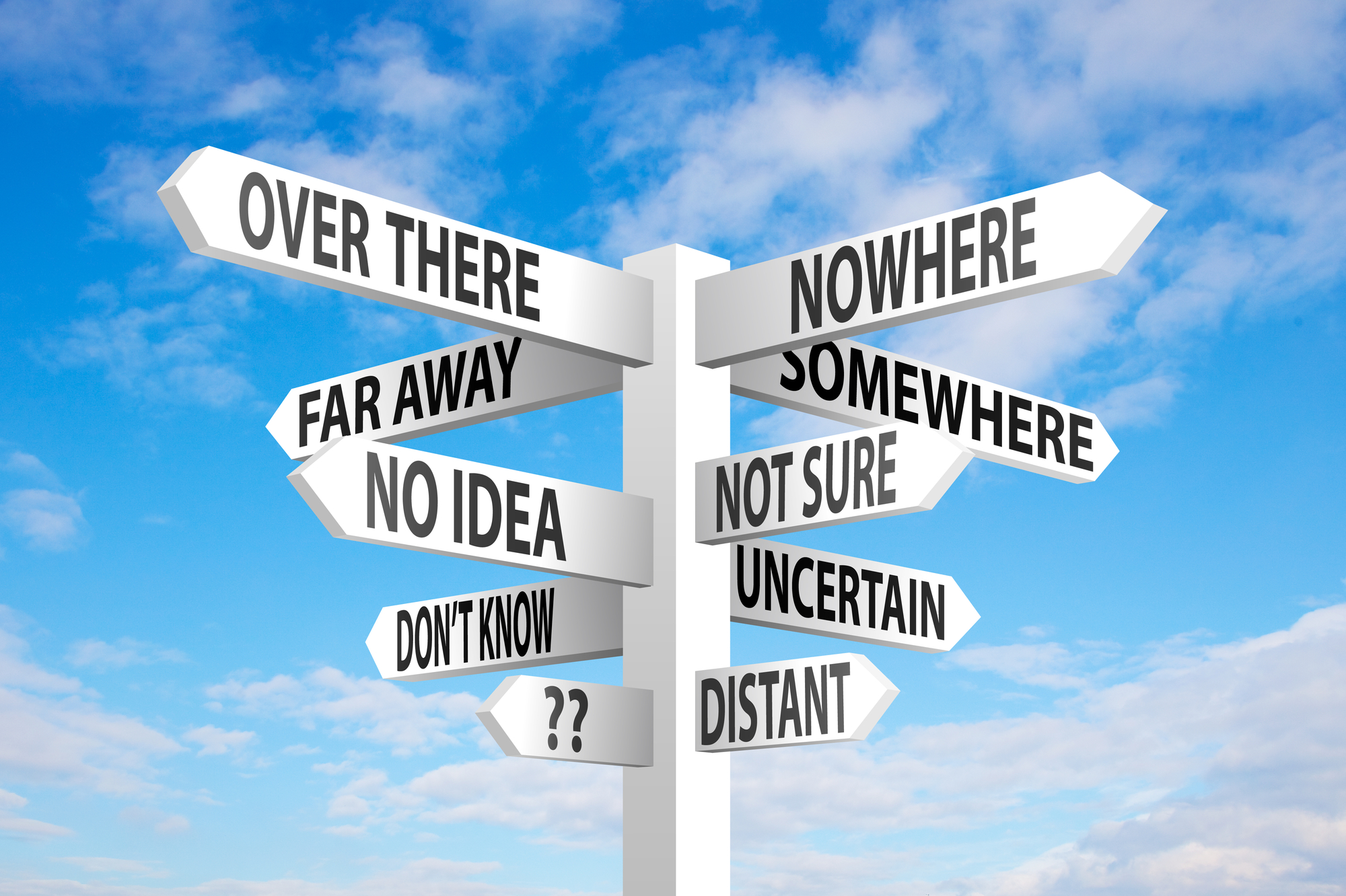 Several years ago, two of my good friends invited me to go hunting with them deep in the mountains of Montana. On one of the last days of our hunting adventure, we found ourselves far from camp as the sun began to set. Before we knew it, darkness set in so quickly that we could barely see our hand in front of our face. My two friends, who were experienced outdoorsmen, began to lead the way back to camp. As we groped our way in the dark, I had the strong sense that we were heading the wrong way. I voiced my concern to my friends, but they assured me that we we heading in the right direction. Since I was the greenhorn, I didn’t argue with them. But the further we went along, the more sure I was about our wrong direction. Again, I voiced my thoughts, but to no avail. I was sure we were lost, but my friends assured me that we weren’t. Eventually, my friends began to question themselves and finally agreed that we were indeed lost. In time, we somehow found our way safely back to our hunting camp.

In Luke 15, Jesus tells a well-known parable about a man who had two adult sons. The youngest son asked his father to give him his inheritance early. Surprisingly, the father granted his request and the son headed to the big city with enough cash to last a lifetime. Before long he was dead-broke, having spent all his money on a sinful lifestyle of drunkenness and prostitutes. He found himself working for a pig farmer and eating pig feed just to survive. The Bible says it was then that he “came to his senses” and realized that his father was a very kind man. So kind, in fact, that maybe he would take his errant son back into his care.

As the son traveled back to his father’s house, he rehearsed his repentant speech and fully expected to have to grovel at his father’s feet. But it didn’t happen that way. As soon as the father saw the son approaching, he ran to lovingly embrace him and welcome him back into his family as a fully-restored son. The father was so happy to have his son back in relationship with him that he threw a big party to celebrate.

But the older brother was extremely upset about the lavish acceptance the father had shown the younger brother and refused to attend the party. When the father went out to try and talk the elder brother into joining the party, the elder brother went off on a rant about how he had been the good son who had always stayed home and worked hard, never asking for anything. His pouty rant showed his true relationship with his father; a relationship based on duty and good works instead of love and acceptance.

So which brother was more lost? Although Jesus doesn’t specifically state it, He has a mic-drop moment in which the listener must come to the conclusion that the elder brother is more “lost” than the younger brother.

At the end of the day, it wasn’t the formerly sinful and rebellious younger son who was lost, but rather the well-behaved and hard-working elder son. Elder brother lostness is dangerous because they don’t see themselves as lost. They think that their exemplary conduct and hard work saves them. But it doesn’t. Salvation is only found through a real, loving relationship with God the Father through Jesus the Son. We’re saved to do good works, not because of good works.

In this parable, Jesus is teaching us that there’s danger of religion replacing relationship.

Since elder-brother lostness is so hard for elder brothers (or sisters) to see, I’ve listed a few characteristics of elder brothers for you to take a look at and determine if you might have some elder brother issues in your life.

Characteristics of an Elder Brother:

Whether you’re an elder brother or a younger brother, your Heavenly Father wants you to be in relationship with him. Not out of duty or fear, but out of love and acceptance.

Stop right now and ask the Holy Spirit to give you a greater revelation of God’s extravagant love for you.